It’s Club Tropicana season and we’ve been warming the speakers of Pikes Hotel with the man behind the music - resident DJ and curator Camilo Miranda.

The setting and rock ‘n’ roll ethos of the hotel was enough to give it it’s fame. George Michael, Grace Jones, Boy George and Freddie Mercury all became regular guests here and the hotel has since become one of the top 100 in the world. It was Wham!’s hit ‘Club Tropicana’ that gave it its feature of the hotel in full party-swing, Freddie Mercury who spent his birthday there with a fireworks display visible from Mallorca and DJ Harvey - their latest resident running Monday nights with his title ‘Mercury Rising’.

The owner, Tony Pike (1934-2019), eventually passed management responsibility to Ibiza Rocks owners Andy McKay and Dawn Hindle. With their shared love for the Ibiza scene, a partnership was expected to be an easy and successful one. Both have since contributed to the music eruption on the island, and there are a few people to commend who are keeping the scene churning. 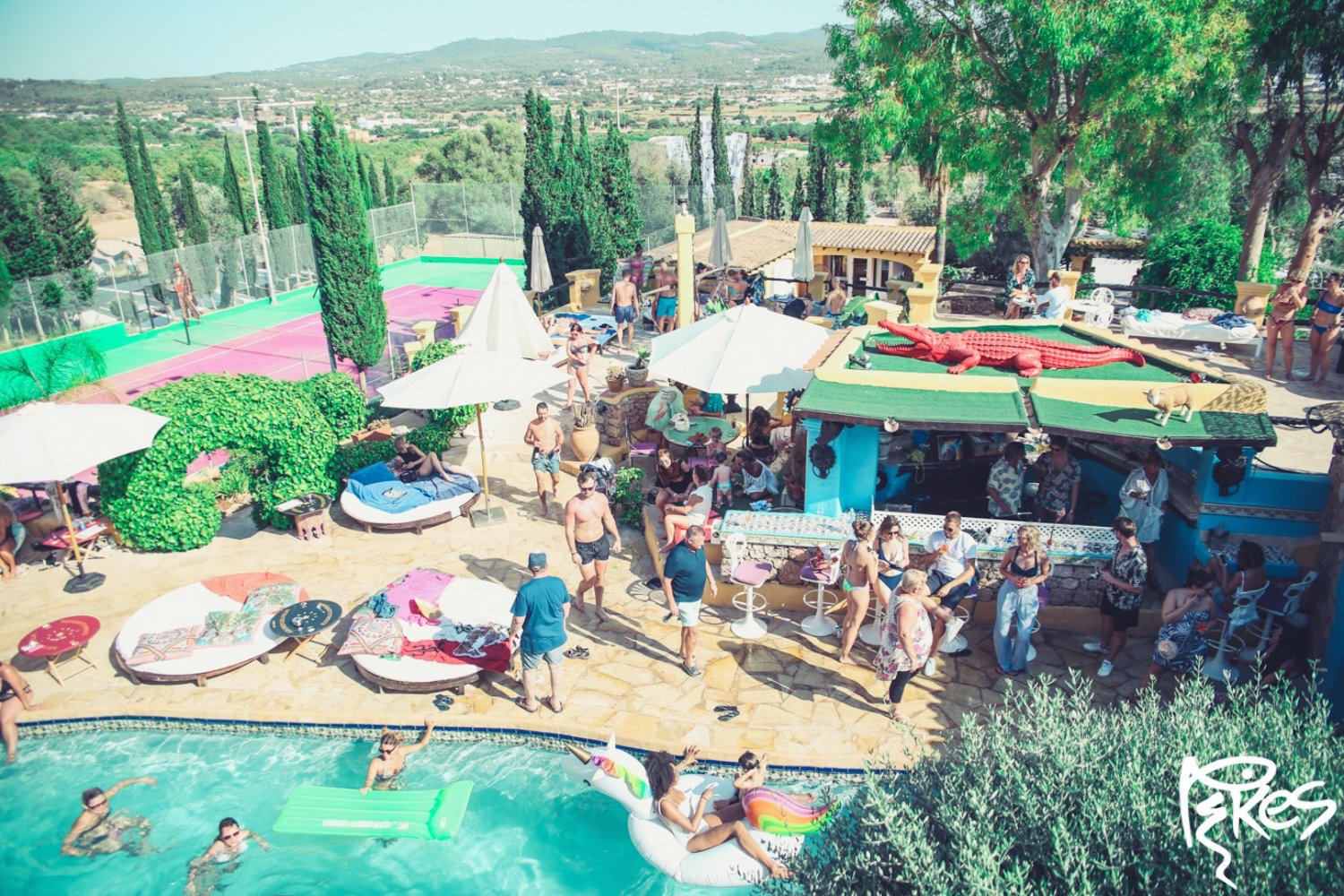 A Brazilian French decadent, there’s no question of a doubt that Ibiza runs through his veins. Camilo Miranda was first brought to the island in the 90’s when he was only 10 years old and instantly started marking his territory at the local parties that his parents used to run. His integration with the Ibiza scene and his upbringing around his parents music lead him to start climbing the DJ ladder, reaching all sorts of genres as he finally emerged in the euphoric sound of the white isle - Balearic.

After a short stint out of music and into Fine Art, he’s returned striving and creating a well-deserved name for himself. Now known as a Seth Troxler doppelganger and best friend to Artwork and DJ Harvey, he’s grown comfortable to warm up for the likes of Crazy P, Carl Craig and Midland who are regular attendees of the summer parties and Camilo is the one at the core of the programme curation.

“I love the atmosphere here,” he says. “Everyone is really nice and joyful. We’re just like a big family, we have an easy connection to each other… Everything just flows into place naturally here.”

Pikes’ summer events have formed a humble base for an Ibiza family atmosphere year in year out and Camilo is back where he originally started - behind the decks.

Outside the DJ booth, Pikes' playlists are divided into four to represent different times of the day. Using our tech, Camilo has split them into 'Morning', 'Afternoon', 'After Dark' and 'Sunset', running on a strict schedule to match the flow of the hotel, temperature and number of people in one place at that time.

Too Many Cooks, Too Many DJs