How Open Ear introduced collaborative playlisting so your business remains in control but we do all the hard work.

It’s impossible to talk about music in 2018 without talking about playlists. As humans, we crave segmentation that makes things easier to digest. For decades, music was segmented by albums, compilations and genres. An album helped a listener get a rounded picture of the sound of a band or singer. A compilation was a neat way of summing up a period of time, style of music or band’s output over a longer period. Genres were created by the music industry to help sell more music: ‘If you like this artist, then you should buy other artists categorised in the same genre’.

As the ways in which we consume music become more diverse, the traditional ways of consuming music are becoming obsolete. Genres have been broken into sub-genres, and then sub-genres of sub-genres, to the extent that they lose all meaning to the casual listener. It’s commonly known that digital albums have lost their significance over the past few years, particularly with a younger generation of listener. This listener craves diversity and entertainment, rejecting the more long-form ‘album listen’ for something much more instant. All of this has led to the supremacy of the playlist, now firmly placed as the number one way of consuming music. 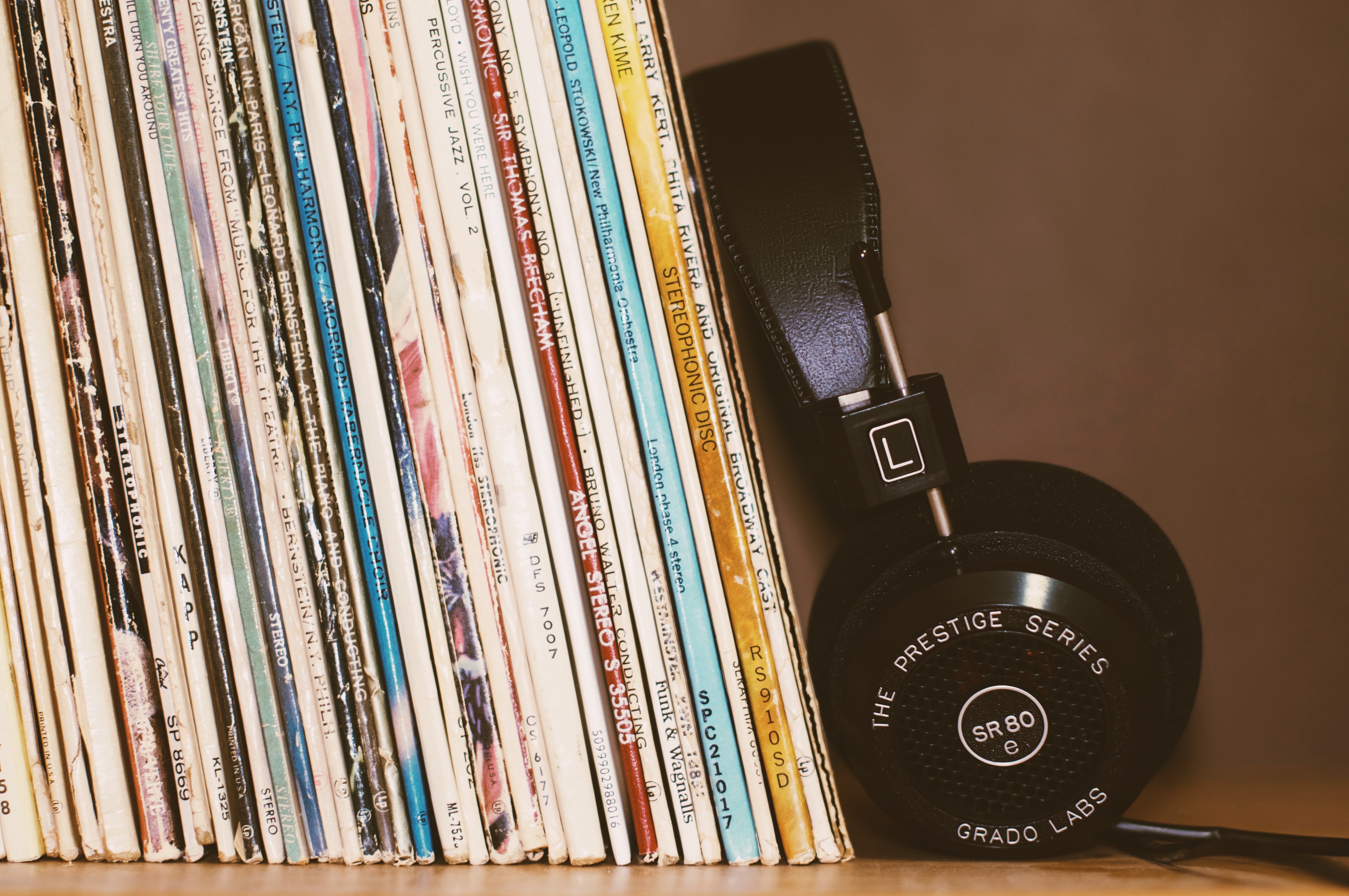 Let’s face it, playlisting is fun.

In the 1980s and 1990s the youth loved the autonomy afforded by putting together mixtapes. The process was fairly painstaking – manually recording the songs from the radio, creating unique cover art then diligently transcribing the track list. In recent times, the playlist has cemented its place as the modern-day mixtape. No faff, a playlist can be created digitally within seconds and immediately shared with your peers across the globe at minimum cost to everyone.

Why is this important?

Music is cultural capital. It’s one of the best ways in which we curate our individual identity and get insight into the people we meet. Pretty much all my friends are through music – we have overlapping tastes, we go to the same gigs and we connect over broadly the same political and social commentary that is represented through our music tastes. In the world of social media, we get to know not only our favourite band’s music, but also their political stance and where they sit culturally next to their contemporaries.

The playlist is a form of expression that everyone can access. All you need is a little time and access to any one of the free, or cheap, digital music services that give you access to all the music you could ever want. It’s no surprise that everyone is playlisting mad in 2018!

At Open Ear, we make playlists for a living. We are very good at it and have been doing this for well over ten years, well before ‘Playlisting’ entered our everyday vocabulary. The main difference between the playlisting that we do compared to the general public does, is based on a number of different factors.

We have direct ties with record labels, artists, promotion companies and we rack up huge bills on the likes of iTunes and Amazon. We have professional DJs and curators based all around the world who are tapped into the global music scene, all in the name of sourcing the best music for our playlists at high volume. If a quality release is due to drop, we’ll usually have it prior to release so it can be added when everybody is talking about it.

All of this puts Open Ear in the best possible position to serve our customers and ensure their playlists are tasteful, on-brand, updated constantly and with minimal repetition. However, at Open Ear we know this is often not enough. Over the past few years, we’ve noticed the growing passion for playlisting by the general public as naturally seeping into our world. It was formally a ‘Us vs Them’ scenario – a business outsources their music, we follow a brief and deliver a solution. Now companies, faced sometimes by an unrelenting pressure from staff, are opening up to the idea that employees can (and sometime should) be involved in the playlisting process.

At Open Ear, we totally agree and are keen not to dismiss all staffs’ tastes out there! We are one of the only companies specialising in business playlisting that values our subscribers growing desire to get involved with playlists. We not only value this, we welcome and actively encourage it. We know that there are great playlisters working as waiters, bar staff, shop assistants, financial directors and CEOs in every company. The key thing is creating a space where we can collaborate positively and do this without distracting from the day job.

Collaborative Playlisting With The Office Group

Open Ear have worked with flexible co-working company The Office Group (TOG) for more than six years. The key objectives, to begin with, were to create on-brand playlists that also worked functionally – helping people to focus on work during certain times of day and be more social during others. We initially worked directly with the marketing team, before polling every member to get their opinions on music, style, volume, energy, scheduling and much more. Bringing all users of the space into the conversation prior to going live with any new music was key to making everyone feel included in the process.

Once the music was live, a constant feedback loop was created with a dedicated account manager being based at a TOG location and able to continuously review music in real-time, and gather more feedback from staff and members.

Once the main playlists, scheduling and monthly update quoted had been set, we looked at how we could break up the week to make the music perform better at certain times. Members would work five days a week in the same office, and even with the music being constantly updated it was decided that the week should be broken up a little. We created additional playlists such as ‘Motown Mondays’ and ‘Happy Hour’, which created little mood-boosters for members throughout the week.

Our most recent collaborative project was to engage with staff at TOG, mostly the receptionists who are a key part of the process due to the fact that they are the ones listening to the music most of the time. We set them a brief to curate a 1-2 hour playlist of ‘music they like to listen to when working at TOG’. All the 25 TOG sites were offered the opportunity to get involved and we quickly amassed a selection of playlists that were subsequently scheduled during lunch hour across all TOG venues. 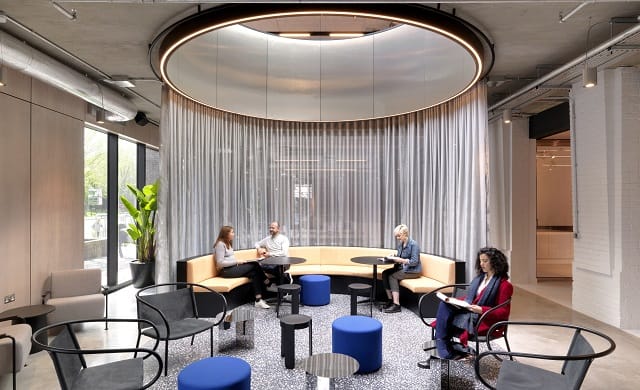 Playlists were created on Spotify and then imported into the Open Ear system using our custom-built Spotify Importer. The importer is a crucial tool for us, allowing us to work collaboratively with our clients in an efficient manner. Most use Spotify for their personal playlisting, and the importer allows them to continue doing so. For other subscribers, we use the importer as a great starting point for collaboration, often using their smaller Spotify lists and merging with one of our playlists to give our customers the music they want to hear and music of a similar style or category.

Similarly, as Spotify is unlicensed for business usage, our Spotify Importer allows our customers to keep in control of their businesses music, remain on the right side of the law, and access all the other great features on Open Ear such as scheduling, automatic song updates, curated and hand-picked playlists, remote control and our Energy Slider.

We believe that business playlists are best when they are worked on collaboratively. With the rise of personal playlisting set to continue, more and more people will have a better and more informed opinion when it comes to music. As a company, we believe it’s important to tap into those opinions but to do so in a way that ultimately benefits our subscribers – it needs to be streamlined and it needs to be done right. At Open Ear, we’re experts in getting that balance right.