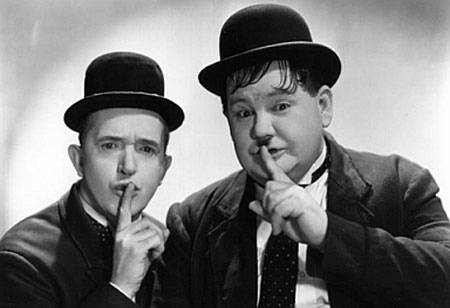 John Cage’s 4’ 33” must be mentioned when discussing the relationship between music and silence. Now that is out of the way, we can focus on Vulfpeck, a funk band who share a home town with the Stooges; Ann Arbor, Michigan. Like many small bands, they have recently publicly displayed their dissatisfaction with the royalties they are paid via Spotify. They’ve done it slightly differently though.

Rather than a photo of a royalties cheque worth a few cents, or a snarky Tweet, Vulfpeck have released an album on Spotify that consists of ten tracks of silence. They hope fans will queue their album to play on repeat all night long, making them some much needed money to help pay for a tour. We like the idea, and we’re pretty impressed with the way they've created their album too. Each song is a little over 30 seconds long, which is the cut off time where a song is considered to have been played on Spotify, but none of the songs are much longer than that so the cycle of songs moves swiftly.

The Guardian reports that Vulfpeck could expect to see as much as $5.88 per sleep listener per night. That, however, almost certainly isn’t right as it’s based on the average ‘per stream’ royalty rate of $0.007. We suspect Vulfpeck won’t see anything near that due to their (presumably small) share of the overall Spotify market, which is what really counts. If you’ve ever wanted to know how Spotify distributes its royalty payments then check out this site. It’s certainly not clear, but it offers some guidelines to read between.