Journalist, presenter and DJ Kate Hutchinson draws on many years of experience when it comes to curating the perfect playlist. Previously the clubbing editor for Time Out Magazine and now writing for The Guardian, her knowledge and taste in music is as varied as they come.

"The desire people have to listen to a DJ that they really like and respect, and to hear their selections over pressing play on an algorithm-led playlist, is unmistakable."

An interview with Kate

When and where did it all start for you?

I’ve been writing about music since my early teens. I was really into XFM as a kid, and of course John Peel’s late night show on Radio 1. I still get really excited when I hear a juicy, heavy riff.

When I was working at the magazine Time Out as clubbing editor, I was really thrust into the electronic music world, and that’s when I started to get really interested in DJing.

What was the difference between finding music to DJ and music to write about?

DJing was a way that I could play new music to new people without having to have a critical opinion of it, and I really enjoyed being able to do those two things – and then that spiralled years later into the radio show where I get to do that live.

Where do you find your music/influences?

I’m influenced by music from all over the world.I love hearing what’s going on in Tanzania and hearing what the kids are making there; I love hearing the shadowy house sound of gqom that feels very specific to South Africa. I really interested in what music from around the world says about the place and the people from it.

How did you approach curation the sound of the Pilgrm Hotel?

I wanted to put together a whole sound identity for it. There’s a lot of teal and bluey shades in the hotel, there’s a lot of velvet. It’s minimal but kind of sleek and the cocktail bar feels very luxurious. I came up with this idea of ‘spectral indie and dreamy folk’. Sun-dappled, LA, a little bit funky but also psychedelic.

If my friends went in there I know they’d know I’d curated the music – and that’s what it’s about.

What’s the importance of playlist curation to you?

The desire that people have not to just press play on a algorithm-led playlist, but listen to a DJ that they like and really respect, to hear their selections is unmistakable.

If you can hear what’s in their record box, they can tell a story much better, and you can connect far more with the music than if you just press play on an algorithmic ‘monster’. 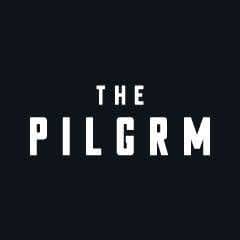 MEET OUR OTHER CURATORS

Specialist in: jazz, electronica, and world

Book a 15 minute call with us to walk you through how we can help enhance your business using music.