As part of the Birmingham's 2022 Commonwealth Games celebrations, Selfridges are giving customers the opportunity to play the music they want via a bespoke jukebox app built by our in-house team.

Only a few months back, Selfridges asked us to build a jukebox system to be placed in their Birmingham store. Now, this interactive installation is part of the Key to the City public art project (in collaboration with Yale), which sees 15,000 custom-designed keys being made for the public in order to give access to 20+ Birmingham locations until the 7th of August.

Every key holder is given the opportunity to explore private and intriguing places and spaces, including Selfridges Birmingham, where the jukebox lives.

We're really proud of the work we've co-created with our long standing client Selfridges; in just a short period of time, we've been able to develop a bespoke jukebox system and it's great to see customers interacting with it, playing their favourite tracks from our curated selection. 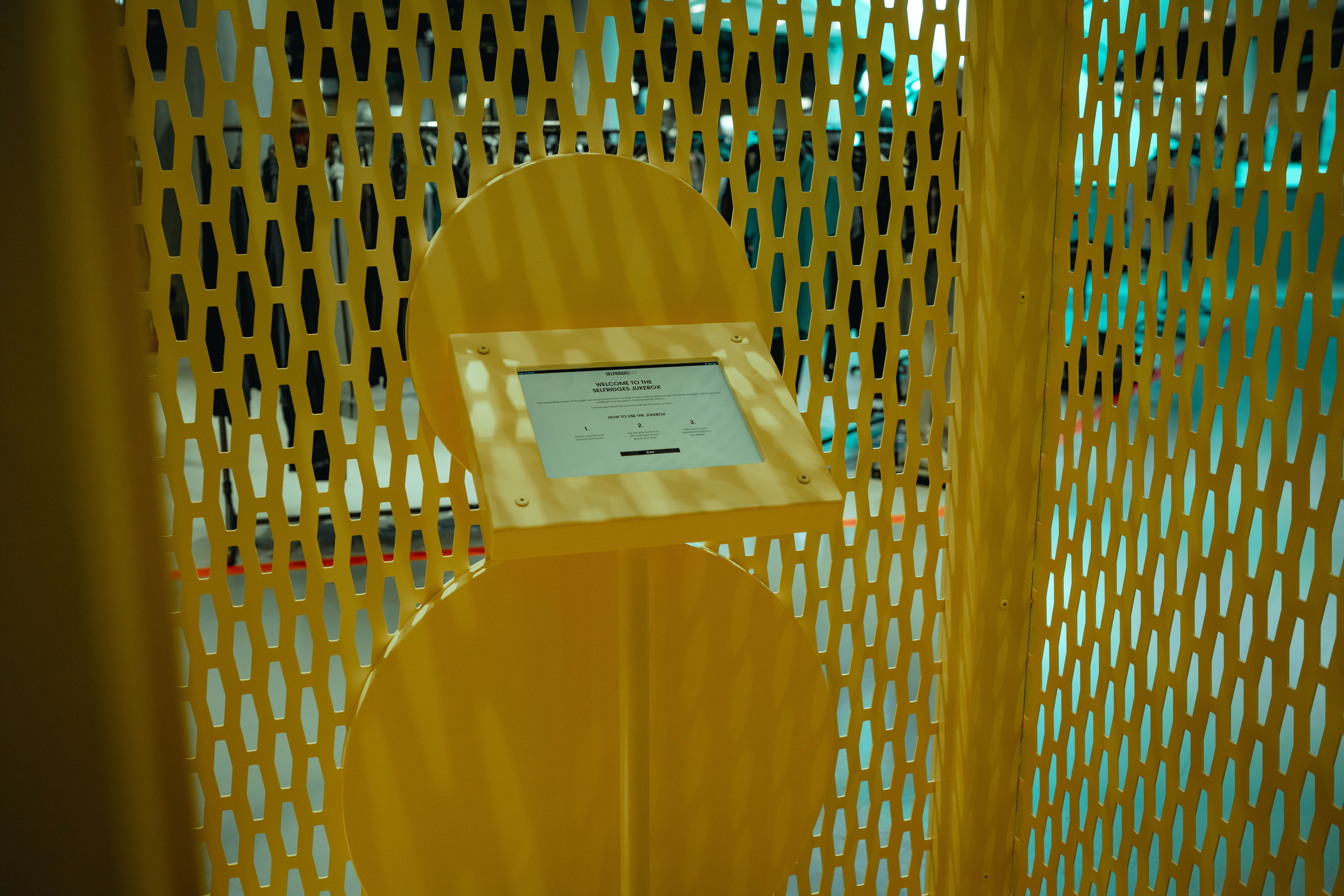 The jukebox can be found in a secret location part of the menswear department. Once there, customers can step inside the yellow tardis and use an iPad to pick the soundtrack that will be played in the store.

People can choose what to play from a wide range of sounds, from 70s classics all the way to contemporary hits, as well as a dedicated selection of tracks by Birmingham music legends.

READ OUR CASE STUDY ON SELFRIDGES

'No logic' to ban on Scottish background music