Restaurateurs and hoteliers in Scotland are calling for a ban on background music to be lifted saying it is the "kiss of death" for the atmosphere in their premises...

At Open Ear, we've always known how important music is to businesses but until now, it's been difficult to put an exact figure on the impact that music has on revenue. With the Scottish Government ban on music due to the COVID-19 pandemic, we are now starting to see the positive impact that music has. Across the board, businesses trading with no music were down by as much as 40% with some of our clients saying they were losing around £2000 on weekend evenings post dinner, when the music would have formerly helped keep people drinking and eating until close. This loss of business, at a time when social distancing rules have reduced capacity, is having a devastating effect on the industry.

Additionally, while artists are losing out on live gigs, they're relying on income from PRS and song royalties. With no music playing at all, this 'last chance' instance of revenue is also lost.

Open Ear are currently working with our clients and the sector at large to overturn the ruling, so that at least background music can return and venues can come back to life. 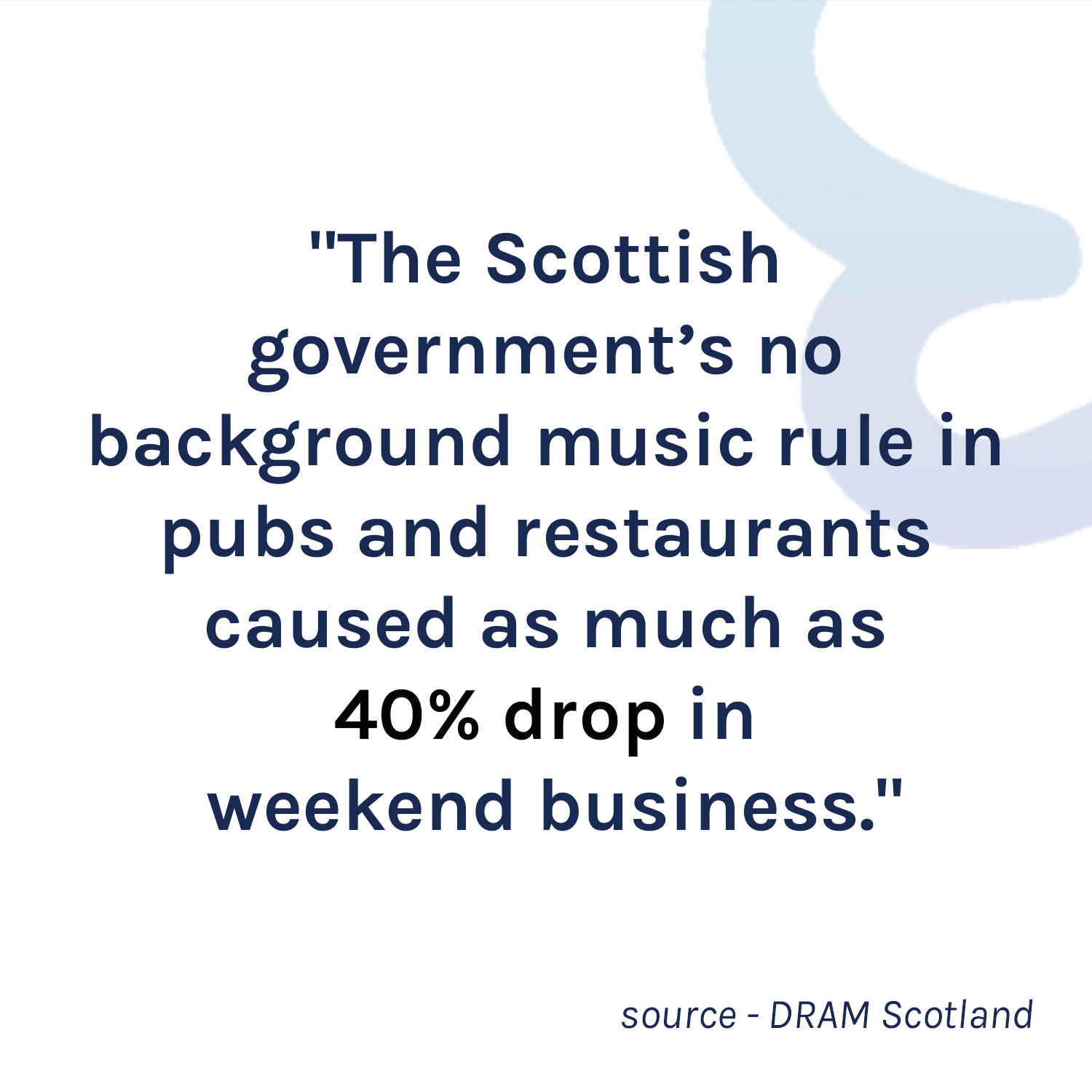 With no concrete evidence that 'no music' helps keep people safe, especially when you consider the huge difference between music as 'entertainment' and music as 'background', and the positive effects that correctly curated music can have in creating a relaxing and welcoming environment for all. Therefore, Open Ear advocate for background music to return, albeit at suitable volume levels for all.

Business owners also criticised the rule, which came into effect in Scotland on 14 August, saying there "was no logic" to it.

The rule is in place so people do not have to lean in to be heard.

The Scottish government said there was an increased risk of Covid transmission when people raised their voices. 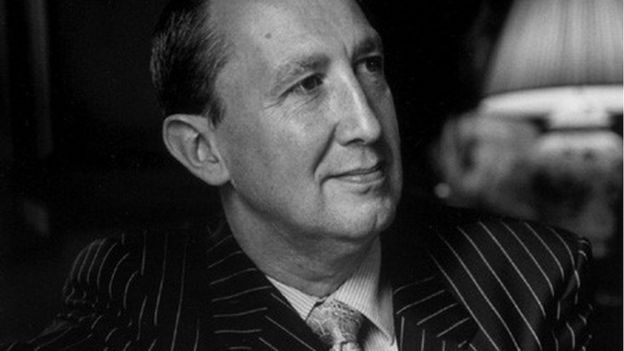 James Thomson, owner of The Witchery restaurant and the five star Prestonfield House Hotel in Edinburgh, said the blanket ban was "ridiculous".

"This is a nonsense for restaurants. No size fits all. Very loud music in nightclubs could cause people to lean in to each other but in hotels and restaurants background music adds a little bit of ambience.

"Having no music at all is the kiss of death in terms of atmosphere for us and there is no logic behind such a blanket ban.

"At five star level we work on a two-metre distance all year round anyway so this background music ban is just ridiculous.

"We need background music to kill the deathly hush as people feel they have to start whispering when a restaurant is quiet. Diners want to eat out in a place with atmosphere not a library."

Dominic Crolla, director of La Locanda in the Royal Mile said he did not understand the music ban rule for restaurants.

"I understand people might have to lean in to be heard in a nightclub but background music should be allowed in restaurants.

"My customers come to hear classic Italian music while enjoying Italian food but now the atmosphere is ruined with this ban.

"They are just guessing and it just doesn't add up." 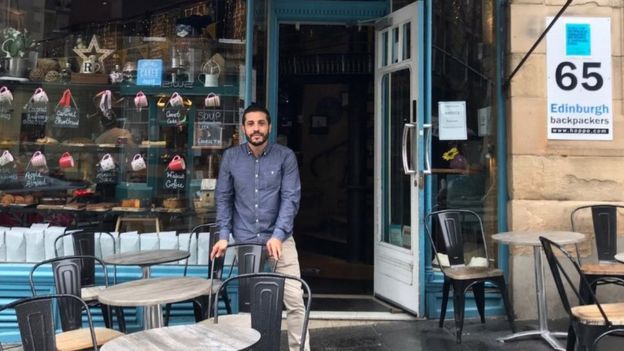 "We either operate fully or not at all. What are they going to do next, tell us we cannot serve coffee?

"Background music is a talking point and customers are often asking me what band is playing in the background and it starts a conversation, which is what I love." 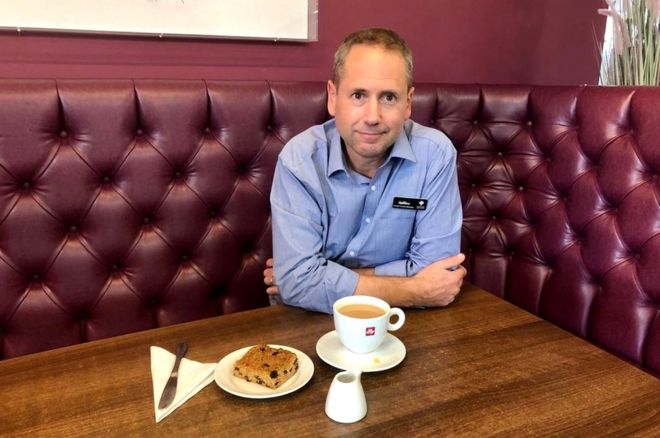 Matthew Bailey, general manager of Mortonhall Garden centre which has the 300-seater Topiary restaurant, said he had already cut his capacity in half to comply with social distancing measures.

"It enhances the atmosphere in the current climate where people are more uptight and sombre. It softens the mood and relaxes people.

"We should be allowed to play background music as it creates a feeling of harmony."

A recent study has also shown that even singing is 'no riskier than talking' when it comes to spreading the virus.

Dram Scotland ran a poll asking for restaurant and cafe owners to share their experiences of how they're being affected. They found that 47% of respondents had noticed a drop in revenues of between 30-40%. Only 13% said the ban had had no impact.

A 'Save The Songs' petition was pre-emtively set up before these new rules came into place, further highlighting the importance of music within venues. G1 group, operators of some of Scotland's best-loved venues such as The Corinthian Club, The Scotsman Hotel, Social Glasgow, Three Sisters and more, said:

People associate music with certain events, people and places, please don't take that away from an industry and a customer base who want to start making some good memories again"

Open Ear has also started the campaign #BringBackOurMusic, demanding that the Scottish government look into reversing the ban. Please sign our petition here.

"We don't want the restrictions in place for any longer than is needed, but in order to continue to suppress Covid-19 the clinical advice remains that pubs and bars should have no background music or volume from TVs.

"We continue to monitor this and are working closely with the licensed trade to develop updated guidance based on the best public health advice to keep people safe."

Open Ear continues to support our clients in Scotland at this time, and we're offering a unique 'Coffee Shop Background' playlist as well as regular social distancing announcements in place of the usual playlists.