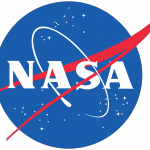 So we all know that in space no one can hear you scream. Sound waves simply don't travel in a vacuum, but wouldn't it be great to hear the sounds of space? Thanks to those clever people at NASA now we can. It wasn't rocket science that has allowed us either; instead it's just Soundcloud.

Newly launched this week, the new account features the sound of everything from rocket launches, through astronaut chatter, to the sound of lightning on Jupiter. A lot of it ends up a little like music concrète sound collages, but who ever said that was a bad thing?

Here's one we've all heard before

and here's one that might be new for you