Described by one of our team as the ‘Death of record storage as we know it’, it is with some sadness that we report that Ikea’s much-loved Expedit shelving system is to be retired.

Anyone who is into hoarding moderate to excessive amounts of vinyl will know that when it comes to storage there’s very little else that does the job as well. Available in a range of sizes, in a range of colours, and reasonably priced for such sizeable furniture, the Expedit range has been responsible for the safe-guarding, and showing off, of 12” singles and albums in homes all over the world. Every one of us in the Open Ear team has Expedit shelves in our houses, they are that popular.

The news first spread in Germany last month, and we’ve seen quite an outcry as it hit the UK over the past 24 hours. That said, we’ve not seen a UK campaign group against the decision yet, unlike this German Facebook group with over 10,000 Likes.

The good news is that although Ikea are doing away with Expedit, they are replacing it with a new ‘system’ called Kallax. Rumours are that it won’t be available as a 5x5, and that it may be thinner but most importantly it will be big enough to fit your LPs.

We are a little worried that the angst and dismay we’ve seen in some parts really does reflect a stereotype of record collectors feeling a bit too strongly about how their collection looks in its (matching) display units. Then we spot those dog-eared spines from our collection before Expedit and remember the cardboard boxes on the floor, and under the bed and… 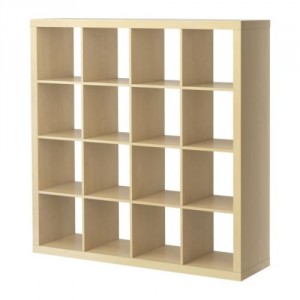