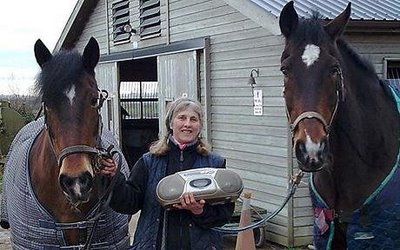 We were sent this article from the Telegraph newspaper about how a woman who runs a stables in England was told that she must pay for a license to be able to continue her practice of playing ClassicFm to sooth her horses which she has been doing for over 20 years! The PRS (performing rights society) have deemed this a public performance meaning she qualifies for a mandatory annual music license costing £99!!

This is further evidence of the current PRS crackdown on unlicensed premises playing music. Unfortunately, as they have no way of properly accounting with the specific performers played, it is more than likely that if this woman does end up paying, the money will filter down to pop performers such as Girls Aloud or Take That rather than the artists who's music she actually plays. And they say the banking crisis is a scandal!